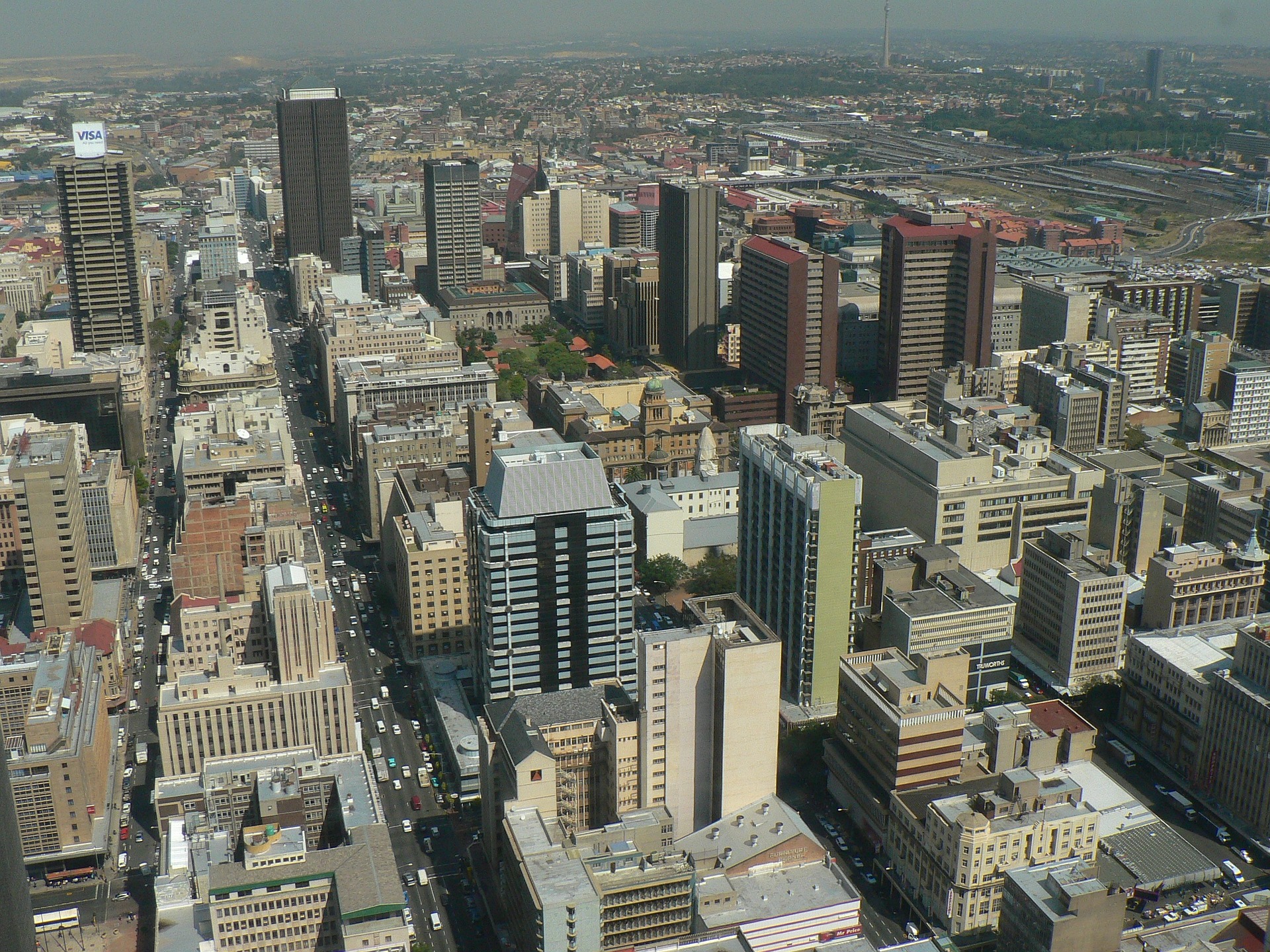 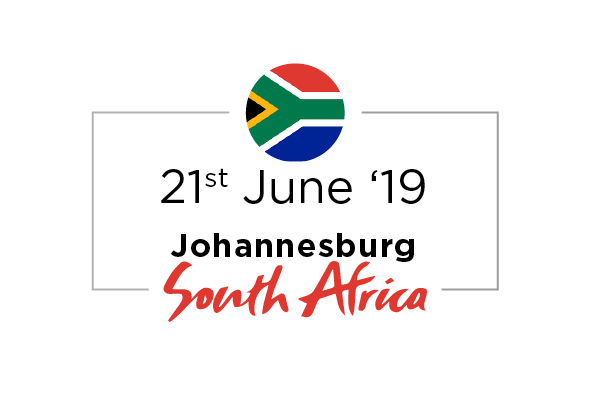 Situated high on the eastern plateau of the Highveld, over 500 kilometres from the nearest coastline, lies the city of Johannesburg. It straddles a prominent east-west running ridge called the Witwatersrand, which in Afrikaans means ‘White Water’s Ridge’, so-called because of the appearance of glistening quartzite rocks within trickling streams of water emanating from springs. It was here in June 1884 that gold was first discovered on a farm, triggering a gold rush that necessitated the government establishing a township. Johannesburg was founded in 1886, and within ten years it had a population of 100,000, making it one of the fastest growing cities in history.

Initially, Johannesburg was a typical rough and ready mining town, but during the 20th century the city was transformed through major building developments and the arrival of big gold and diamond mining corporations. Today, Johannesburg is the largest city in South Africa and the financial centre of the country. It is also the world’s biggest inland city not built on a river or natural harbour and was the selected location for the 2010 FIFA World Cup Final.

Although it is not one of South Africa’s three capital cities, Johannesburg is the provincial capital of Gauteng, which is the smallest of the South Africa’s nine provinces by area. Nevertheless, Gauteng is the most populous and richest province with 25% of the total population and generating over one third of the country’s economy. The name Gauteng literally means ‘place of gold’ in the Sotho language.

Johannesburg is not exactly one of the most popular tourist destinations in South Africa but it does have several museums, luxury shopping malls (including Sandton City) and various flea markets where tourists can buy souvenirs of African art. The Carlton Centre is a skyscraper in downtown Jo’burg within the south-eastern area of the Central Business District (CBD) which many tourists head to upon arrival. At 223 metres tall (732 feet), it is still the tallest building in Africa and has an observation deck on its 50th floor that is colloquially known as the ‘Top of Africa’. From here, visitors can get sweeping views of the city and its surrounding suburbs.

Close by, in the district of Newtown, is the Museum of Africa, housed in what used to be Johannesburg’s main fruit and vegetable market. Here, visitors can step back in time to learn about the political, economic and social history of the city, and experience some of the musical ‘Sounds of the City’. A trip to the Gold Reef City theme park is also a popular afternoon tour which encompasses an authentic reconstruction of the city during the gold rush, including an underground mine tour.

No visit to Johannesburg should be complete without a visit to the Apartheid Museum, which is on the Northern Park Way close to Gold Reef City. This gives a sombre overview of what life was like for local residents under South Africa’s Apartheid regime between 1948 and 1990, using film footage, photographs and oral history. Children younger than 11 years of age are prohibited from entering.

In similar vein, a trip to Constitution Hill and the Fort Complex is recommended to see the notorious Number Four prison, whose previous inmates included Nelson Mandela and Mahatma Gandhi, who was imprisoned there in 1906. Although declared a national monument in 1964, the Old Fort fell into disrepair and ceased functioning as a prison by 1987. Most of the prison was later demolished to make way for the new Constitutional Court of South Africa and the new building held its first court session in February 2004. As well as the museum exhibitions, the court itself is open to the public and includes an art gallery situated within the court’s atrium.

Visitors to Johannesburg with an interest in the country’s history may be keen to take a trip out to the shanty towns of Soweto, regarded as the birthplace of the freedom movement which led to the creation of South Africa’s new democratic constitution. Originally a collection of settlements for native black Africans mostly working in the mines and later for black South Africans displaced from areas designated for white settlements during apartheid, the South-Western Townships (Soweto) became fully part of the municipality of Johannesburg in 1994. It is strongly recommended that tourists intending to visit Soweto do so by taking an official guided tour. Most tours include a visit to Mandela House, which is now a museum and a national heritage site, situated just a short distance away from Tutu House, home of Archbishop Desmond Tutu.

Tourists based in Johannesburg may also want to take a day-trip, with several appealing options available. The Cradle of Humankind is a UNESCO World Heritage Site situated approximately 50 kilometres northwest of the city and includes a complex of limestone caves which have yielded many paleoanthropological discoveries over the past 80 years.

For lovers of nature and wildlife, the Johannesburg Zoo is one of the largest in South Africa and is highly recommended. There are several nature reserves within a short drive of the city, including Lion Park, the Krugersdorp Nature reserve and the Klipriviersberg Nature Reserve situated 11 kilometres south of the city centre. But for a real safari experience, Kruger National Park is one of the world’s most famous safari parks and is situated about 435 kilometres (between 4-5 hours’ drive) east of Johannesburg.

It cannot be denied that there is a lot of tension in Johannesburg because of the unequal distribution of wealth and high unemployment and poverty levels. The local tourist offices are keen to point out that there are lots of safe areas to go and that the shopping malls and business districts have plenty of security and surveillance cameras. Nevertheless, one should be street-smart and be wary of pickpockets, keeping mobile phones well-hidden and leaving valuables in safe-deposit boxes in the hotel.

Sandton is one of the more affluent areas of Johannesburg and has become the main business and financial centre of the city. It also has Sandton City, which is one of the largest shopping centres in Africa and includes Nelson Mandela Square (formerly Sandton Square until being renamed in 2004). Sandton is on the Gautrain rapid rail link with connections to the OR Tambo International Airport and also with the city of Pretoria, 49 kilometres north of Sandton. However, anyone driving from the airport to Sandton should be advised that the district of Alexandra – which is next to the road from the airport to Sandton – is one of the areas to be avoided at all costs and drivers should ensure that all doors are locked and windows wound up at all times.