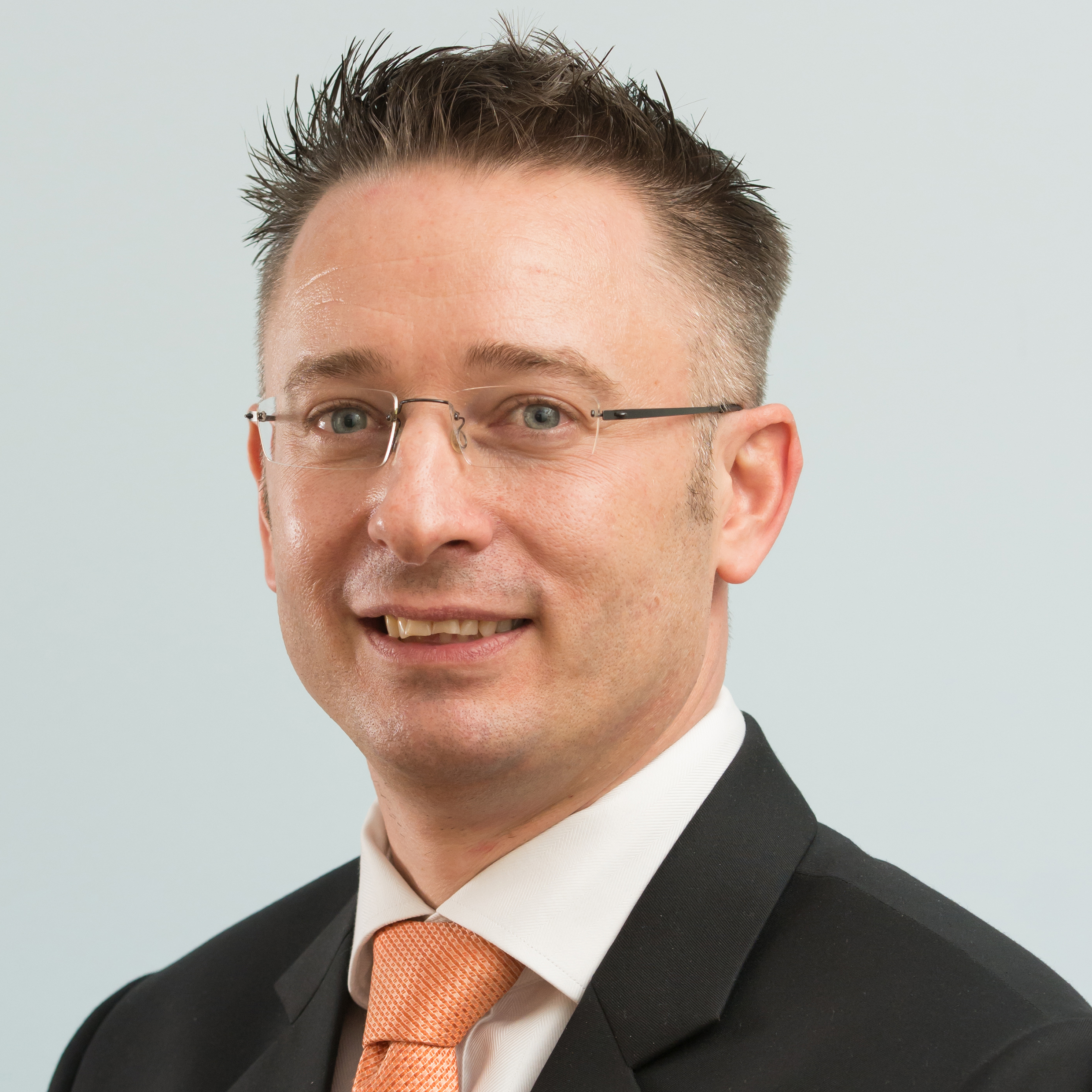 Growth in the investment migration industry is continuing apace. The number of residence- and citizenship-by-investment programmes has been increasing steadily in recent decades, from just a handful of programmes in the 1980s and 1990s to over 60 active programmes today, with more set to launch in the near future.

In the grand scheme of things, residence-by-investment (RBI) programmes vastly outnumber citizenship-by-investment (CBI) programmes, which is good news for citizens of nations such as China and India, whose governments prohibit the holding of dual nationality. Individuals from these countries have an abundance of options to choose from in the residence space, and many of the benefits of CBI apply to RBI, too.

The ‘golden child’ of the RBI industry is arguably the Thailand Elite Residence Programme, which celebrated record-high application numbers this year. The programme was initiated by the Royal Thai Government for the purpose of incentivising wealthy global citizens, families, investors, and entrepreneurs to spend more time in Thailand and take advantage of the country’s beneficial tax regime and affordable yet exceptionally high standard of living. The programme’s popularity among European and Asian nationals in particular has grown tremendously since its inception.

The programme offers successful applicants a multiple-entry visa, allowing them to visit and reside in Thailand for a period of between five and 20 years, at a one-time cost of between THB 500,000 (approximately US$16,000) and THB 2.14m (approximately US$68,000), depending on the option chosen. It also offers exclusive access to a range of VIP services, including airport and customs assistance, lounge and concierge access, and personalised support with business and legal matters.

In the citizenship space, 2018 has seen the emergence of two new programmes in Europe, with Moldova and Montenegro launching CBI offerings in the second half of the year. While not yet EU members, both these countries offer their citizens travel freedom throughout the Schengen Area as well as access to Russia. The Moldova Citizenship-by-Investment programme, whose pricing structure is highly competitive, also offers citizenship in what analysts at IBM have called “the newest emerging investment destination”. Moldova was named the “most improved Eurasian economy” on the World Economic Forum’s 2017–2018 Global Competitiveness Index.

For high-net-worth individuals (HNWIs), the benefits of alternative residence and citizenship are manifold, but they generally involve a combination of increased travel freedom and improved safety and security. An additional passport or residence permit affords holders access to all the benefits enjoyed by other citizens or residents of the state in question (education, healthcare, working rights, and so on). In times of political unrest, civil war, and terrorism, or in other delicate political situations, citizenship or residence in another country can quite literally save a person’s life, providing an exit route and a safe haven. In the case of citizenship, it also eliminates a great deal of the inconvenience and waiting time surrounding visa applications and passport renewal or replacement processes.

It goes without saying, however, that the investment migration industry could not exist or sustain itself if it were attractive only for the benefits it offered investors. It is widely acknowledged that foreign direct investment (FDI) is the lifeblood of economic growth for developing and recovering smaller economies around the world. As established forms of FDI, residence- and citizenship-by-investment bring a tapestry of benefits to nations with programmes in place. Malta is a good case in point.

The Malta Individual Investor Programme has emerged as a model CBI programme in the years since its launch in 2014, and the Malta Residence Visa Programme is also gaining traction among HNWIs seeking EU residence. Over the 12 months leading up to 30 June 2017, total revenues from the programme (including property purchases, rent, investments, and contributions) exceeded €394.1m, according to the Maltese government. These revenues helped the country reverse a decades-long fiscal deficit trend, resulting in a surplus of 3.9% of GDP – the highest percentage of any EU member. The European Commission forecasted that Malta would have the highest GDP growth rate in the EU in 2018, and the country is on track for this outcome. The country also boasts one of the lowest unemployment rates in the EU.

However, it is not only in Malta that the benefits of the industry have been felt. In a recent article published by the BBC, economist João Luís Correia Duque unequivocally endorsed Portugal’s popular RBI programme as an economic success: “[W]hile only a tiny number of new businesses were created [through the programme], foreign investors have paid Portuguese property owners ‘millions of euros’ that have probably been reinvested domestically, creating thousands of jobs, or saving existing businesses from the brink.” Overall, inflows resulting from the Portugal Golden Residence Permit Programme have injected some €3.5 billion into the economy, driving its turnaround after a period of severe recession.

In Greece, the Permanent Residence Permit programme has raised over €1.5 billion and has halted a nine-year decline in real estate prices, with investors now flocking to the country by way of the programme. Even more dramatically, figures coming out of Cyprus indicate that, in 2016, the FDI received through the country’s CBI programme was the difference between recovery from the 2013 sovereign debt crisis and what would otherwise have been an economic contraction that year.

Further afield, in the Caribbean, inflows from St Kitts and Nevis’s pioneer CBI programme experienced a surge in 2010, which led to programme revenues growing from less than 1% of GDP in 2008 to 25% by 2014. The robust inflows that resulted from the programme “have supported economic recovery, improved key macroeconomic balances and boosted bank liquidity”, according to the International Monetary
Fund. They have also benefited real estate and tourism developments and fuelled a pick-up in construction.

In short, evidence for the inbound benefits of RBI and CBI is conclusive and growing. In addition to their direct economic contributions, HNWIs who immigrate via RBI or CBI – or who contribute as part of a diaspora – bring new talent into the host country, “increasing the size of the population likely to innovate or have skills complementary to innovation, such as entrepreneurship”, to quote a research paper by the Organisation for Economic Co-operation and Development (OECD).

Route to a safer future

These impressive results are often overshadowed by concerns regarding security, just as the macroeconomic benefits of global migration as a whole tend to be overlooked on similar grounds. As with any law or policy that pertains to cross-border investment, CBI and RBI programmes have the potential for misuse by unsavoury individuals looking to mask or hide their illicit activities, but the investment migration industry in fact maintains some of the most stringent anti-money laundering regulations and know-your-client procedures of any industry in the world.

Nonetheless, concerns remain. In February 2018, the OECD issued a consultation paper outlining suspicions that RBI programmes in particular were being used to circumvent the Common Reporting Standard (CRS). In the coming months, the European Commission will present a draft paper to the European Parliament on the safety of the CBI programmes in the region. Thus, as global demand for alternative citizenship and residence increases and as nations continue to launch new programmes to meet this demand, they do so in a climate of rising scrutiny and regulation, as well as increasingly high expectations surrounding due diligence procedures. This is undoubtedly a positive development for the credible players within the industry, whose credibility and reliability will only be underscored as the industry consolidates and high-risk fringe agents are pushed out.

Currently, the most well-oiled CBI machine is that of Malta, where a four-tier due diligence process – overseen by an independent legal entity (Identity Malta) and implemented in collaboration with the International Criminal Court – sets the standard for background checks. Thus, it is no surprise that Malta frequently rejects applicants who do not satisfy its citizenship criteria. Of the 377 submitted applications submitted between 1 June 2016 and 30 July 2017, for instance, 83 were either rejected or withdrawn, up from the 52 rejections recorded during the same period in the previous year. This constitutes a rejection rate of close to 25%. The new Moldova Citizenship-by-Investment programme will have a similar four-tier process in place, and indeed this level of rigour and selectiveness is fast becoming the industry norm.

As the situation currently stands, Peter Vincent, of BORDERPOL, has estimated that 99% of the individuals admitted citizenship through CBI programmes globally are legitimate, and the figures in the residence sector are no doubt equally high. The 1% of illegitimate cases tends to encompass individuals who had clear backgrounds when they applied to the programme in question but who went on to use their second passport for questionable purposes. While the possibility of ill-intentioned individuals slipping through the net will always be present, this risk is being significantly mitigated by the industry’s leaders through their emphasis on uncompromising due diligence, effective regulation, and well-implemented policy frameworks.

With increased expansion comes increased responsibility, especially when there are cowboy-type operators in the market. For all that, as investment migration gains prominence, the diagnostic signs look good for the industry, not least due to the establishment of the independent Investment Migration Council, which ensures that there is a common code of ethics and common compliance standards in place among members. The IMC espouses transparency, thought leadership, and self-regulation and is the key industry spokesperson and public mediator.

Ultimately, when properly executed, RBI and CBI are highly desirable, profitable, and socially beneficial forms of investment. The main players in investment migration make a strenuous effort to ensure that thorough background checks and due diligence processes are always applied to applicants looking to acquire alternative residence or citizenship. If these processes continue to be applied and improved, the future of the industry looks bright, for global citizens and host nations alike.