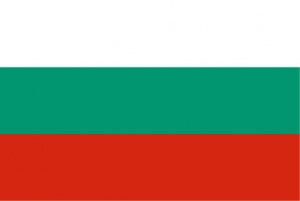 The Republic of Bulgaria is located in Southeast Europe within the Balkan Peninsula. It is a predominantly mountainous country surrounded by Greece and Turkey to the south, Macedonia and Serbia to the west, Romania to the north, and the Black Sea to the east. The Danube, (which at 2,850 kilometres is Europe’s second-longest river), forms much of the 627 km border between Bulgaria and Romania and has been a major contributor to the economies of both countries, being a key trade route between Europe and the Middle East. With a total area of 110,994 square kilometres, Bulgaria is the 16th largest country in Europe and is slightly bigger than the US state of Virginia, the 35th largest state in the US by area.

Founded in AD 681, Bulgaria is one of the oldest European states, but archeological evidence reveals that the Karanovo culture was a thriving agricultural Neolithic society dating back as long ago as 6,500 BC. During the first millennium BC, the land that forms modern Bulgaria belonged to Thracians, Persians, Greeks and then Romans until Thrace was annexed as a Roman province in AD 46, becoming part of the Eastern Roman (Byzantine) Empire from 395. Following the fall of Rome in 476, Slavic marauders made incursions into the province of Moesia (modern-day northern Bulgaria), followed not long afterwards by the Bulgars who conquered the Slavic tribes and later signed a peace treaty with the Byzantine Empire in 681, thus establishing the first Bulgarian Empire.

The new empire flourished during the 8th and 9th centuries as the Slavs and Bulgars gradually became a unified people with the same written and spoken Slavic language and the same religion of Eastern Orthodox Christianity. By 1018, the Byzantines had regained control of Bulgaria and the next few hundred years saw several uprisings and the establishment of the second Bulgarian Empire from 1185 until finally collapsing to the Ottomans in 1396.

By the late 17th and 18th centuries, Ottoman power was waning and the Russian Empire asserted itself as a protector of Christians in Ottoman territories. A nationalist uprising in April 1876 led to as many as 30,000 Bulgarians being massacred by the Ottoman authorities, prompting the Russians to declare war on the Ottomans. With the help of Bulgarian rebels, the Ottomans were defeated and a peace treaty was signed on 3 March 1878 – a day still celebrated as the National Liberation public holiday – creating an autonomous Bulgarian principality across Moesia and Thrace.

In October 1908, Bulgaria declared its independence, but found itself on the losing side of several conflicts during the Balkan Wars (1912-13) and World War I. The events of World War II saw Bulgaria gravitate towards the Soviet Union, but in 1989, the ruling Communist Party reluctantly gave up its political monopoly and Bulgaria started the gradual transition towards a parliamentary democracy.

Initially the country struggled to adapt and suffered a big economic collapse and high unemployment rates during the early 1990s, not returning to positive real growth rates until 1998. The country has since recovered strongly, but not without some stringent austerity measures and accusations of political corruption along the way. Bulgaria is also faced with a declining population rate, caused by a combination of many young adults having moved abroad seeking work as well as a declining birth rate.

Bulgaria joined the United Nations in 1955 and has been a non-permanent member of the Security Council representing Eastern Europe during three separate two-year terms. Bulgaria was also one of the founding countries of the Organisation for the Security and Co-operation in Europe (OSCE) in 1975. A former founder member of the Warsaw Pact (1955-1991), Bulgaria formally became a NATO partner member from November 1994 and a full member in 2004. On 1 January 2007, Bulgaria became a full member of the European Union; however, it has not yet been accepted into the Schengen Area.

Bulgaria is a unitary state with a unicameral parliament based in the capital city of Sofia. The National Assembly has 240 members who are elected by proportional representation for a four-year term. The last election took place on 26 March 2017, which saw Boyko Borisov, the leader of the centre-right GERB party, return for his third term as prime minister after agreeing a coalition with the far-right United Patriots party. The National Assembly has the power to enact laws, approve financial budgets and to select and dismiss the prime minister and other ministers for the Council of Ministers, which is the executive body that serves as the main authority of power in conformity with the Constitution of 1991 and the laws of the land.

Since 1999, the country has been administratively divided into 27 provinces plus the metropolitan capital province of Sofia-Grad. These provinces are subdivided into 264 municipalities, each with their own directly elected municipal councils and run by mayors who are elected every four-years.

During the early 1990s, Bulgaria struggled to replace its trading reliance on the former Soviet bloc markets and saw big declines in agricultural and industrial production as unemployment levels rose. A steady exodus of over one million mostly young adults seeking work abroad saw the country’s population drop from 9.0 million in 1990 to 7.9 million by 2001, and the population has continued falling every year since. The Socialist government had been slow to introduce market reforms and failed to set legislative controls on banking and financial institutions, leading to raging inflation and an economic collapse in 1996.

On 1 December 1996, Bulgaria joined the World Trade Organisation (WTO) and a new pro-reform coalition came to power in Spring 1997. Since then, with initial help from the IMF, the economy has become an open, upper-middle-income market economy, with a much higher private sector and a smaller public sector. The programme of privatisating major state-owned companies attracted substantially higher foreign direct investment, to the point where the developed private sector now accounts for more than 70% of GDP.

Of the 2017 GDP, Services accounted for 66.9% of GDP, Industry 28.4% and Agriculture 4.7%. The country’s main industrial exports are iron and steel, machinery and refined fuels. Bulgaria is also renowned for its wines and dairy products. Bulgaria’s biggest trade partners are Germany (13% of total import and export trade), Italy (8%), Romania (8%), Turkey (7%) and Russia (6.5%).

Bulgaria has one of the lowest corporate tax rates in Europe at just 10%, making it an attractive base for foreign business investors. Personal income tax for all citizens has also been set at a flat rate of 10% since 2008. The national currency – the lev – is one of the most stable currencies in Eastern Europe and has been pegged at 1.95583 leva (BGN) to one euro.

Tourism is a leading contributor to the economy of Bulgaria. Over 9 million foreign tourists visited Bulgaria during 2018 compared with 2.3 million in 2000. A figure of 8.834m was confirmed for the first 11 months of 2018, 4.9% up on the corresponding figure in 2017 which included a record winter sports season. Sofia is a thriving capital city and one of the most visited tourist destinations in addition to the coastal resorts and winter resorts. But many tourists are also attracted inland to the many cultural villages and nature parks, which are some of the most popular attractions in Bulgaria.

Bulgaria is considered as one of the richest countries in Europe in regards to its biodiversity. Its climate and geological aspects has produced a wide variety of plants, birds and animal species which are conserved in three national parks and hundreds of protected areas and nature reserves. As well as adopting the National Biological Diversity Conservation Strategy to preserve their local ecosystem and protect endangered species, Bulgaria also achieved its Kyoto Protocol target of reducing carbon dioxide emissions by 30% between 1990 and 2009.

The Bulgarian government in 2009 introduced the Investor Program for Residence and Citizenship. One of the many perks of the permanent residency and Bulgarian passport is that it provides visa-free or visa-on-arrival access to 169 countries.

Applicants choosing the full investment path must deposit BGN 1 million, which is equivalent to €511,292, into government bonds for a five-year period, after which the full amount of the investment will be returned to the investor, without interest. The standard processing time for permanent residence is about six to nine months and applicants can apply for citizenship after five years in permanent residency status, even though there is no longer a physical requirement to reside in Bulgaria. Dual nationality is permitted.

If applicants wish to fast track their application, they can do so by investing twice the amount (so a further €511,292). The investment can either be in government bonds or in the share capital of a listed Bulgarian company within the Priority Investment Project (PIP) as defined in the Encouragement of Investments Act. The processing time for permanent residency is still six to nine months, but the waiting time for citizenship is reduced from 60 months to 18 months.

In addition, applicants should expect to pay initial legal fees of €25,000 for permanent residency including spouses, plus a further €2,500 for each additional family member.

To qualify for both these options applicants must:

The Bulgarian government had been planning for changes to their citizenship law and they published a draft Bill of the proposed changes on 22 March 2019. The draft Bill will focus solely at citizenship rather than permanent residency. However, the draft may have significant changes to it before being finalised, or it could potentially be rejected as a whole, leaving the law as it is.

If the proposal passes, they will continue both the standard track and the fast track application. The changes will direct more towards the investments that will be permitted. The investment selection that is proposed will most likely make the Citizenship by Investment program more similar to the American EB-5 programme.

In the Fast Track option, the applicants that want to get citizenship will now have to invest a second time in a ‘priority certified investment project’. The investment will have to be made ‘in the capital’ of the company that does the project, as long as the project is approved under the Encouragement of Investment Act (EIA). The first investment that the applicants make will still be available to be made in bonds or shares of a listed company.