FOR MORE DETAILS OR A FREE CONSULTANCY CLICK HERE 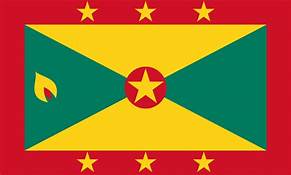 Grenada is located in the West Indies at the southern end of the Grenadines group of islands in the Caribbean Sea. The country consists of the main island of Grenada plus the two smaller islands of Carriacou and Petite Martinique, which became a dependency of Grenada in February 1974. The picturesque tropical islands offer the perfect getaway destination for both adventure lovers and those seeking rest and relaxation or a romantic break with a partner.

The islands are of volcanic origin with extremely rich soil. Their natural beauty remains largely untouched by industrialisation. With its lush, fertile landscapes and award-winning white sandy beaches and invitingly clear waters, Grenada has the perfect balance, and visitors may find themselves wishing that they could extend their stay.

Before the arrival of Europeans, Grenada was inhabited by the indigenous Arawaks and the Island Caribs. Christopher Columbus sighted Grenada in 1498 on his third voyage of discovery to the Americas, but there is no evidence to suggest the Spanish ever settled there. Grenada became a French colony from 1649 until it was formally ceded to the British in 1763. The country achieved its full independence from the UK on 7 February 1974 but has remained a member of the Commonwealth.

Its official language is English. Grenada’s islands feature some of the most diverse terrain in the Caribbean, from crater lakes and verdant rainforests to sun-kissed swaths of beach and unspoiled underwater ecosystems. Almost one quarter of Grenada is preserved as national parks or wildlife sanctuaries. Nature trails criss-cross the terrain, offering visitors and locals alike the chance to drink in the spectacular views of mangrove-fringed coastlines and experience the islands’ splendid array of fruits, spices, and tropical plant life.

Grenada has a largely tourism-based, small, open economy, which has gradually shifted from agriculture to services. Since 2008, the Services sector has grown from 69% share of GDP to 77%, while Industry has dipped from 20% to 14% and Agriculture from 11% to 9%. The country was badly hit by two devastating hurricanes in 2004 and 2005 and again in 2009 by the global recession, but since 2013 the economy has been growing at an average rate of 5% a year. With 5.1% real GDP growth in 2017 and an estimated 4.8% in 2018, Grenada is currently one of the fastest growing economies in the Caribbean.

Manufacturing industries in Grenada operate mostly on a small scale, including production of beverages and other foodstuffs, textiles, and the assembly of electronic components for export. The Grenada Chocolate Company has pioneered the cultivation of organic cocoa, which is also processed into finished bars. Since 2014, Grenada has been hosting an annual Pure Chocolate Festival, which takes place around the end of May.

The country’s principal export crops are nutmeg and mace, with nutmeg represented on the national flag. Grenada is the world’s second largest producer of nutmeg and provides roughly 20% of the world supply. Grenada is known as the “Island of Spice” as it is reputed that travellers can taste a faint flavour in the air. Spices aren’t the only natural bounty that Grenada shares with its guests; cocoa beans, bananas, avocados, cloves and cinnamon are also grown in abundance throughout the islands. The Grenada Carnival, which takes place every summer, culminates in two official days of ‘Spicemas’ on the second Monday and Tuesday of August to the sound and pageantry of the local Jab Jab music.

Beach and water-sports tourism is largely focused in the southwest region around St George’s, the airport and the coastal strip. The Grand Anse beach in St. George’s is regarded as one of the 10 most beautiful beaches in the world. Ecotourism is also growing in significance. Most small eco-friendly guesthouses are located in the Saint David and Saint John parishes.

Well-preserved places of interest abound in Grenada. In the lovely capital of St. George’s, pastel buildings and red-tiled roofs show off the city’s strong Caribbean identity, while historic English and French architecture also hints at the culture’s rich heritage of European influence. Fort George, a garrison that has overlooked the capital’s harbour for more than 300 years, is open to the public for tours. In addition, the Saturday market offers locals and tourists alike the opportunity to explore local produce, spices and crafts in a centuries-old tradition.

The St. George’s University has expanded rapidly in recent years and specialises in medicine, veterinary medicine, public health sciences, nursing and business degrees. It has become one of the island’s biggest employers and attracts many international graduate and undergraduate students. The island’s airport, the Maurice Bishop International Airport, is situated at the most south-western point of the island, some 8 kilometres from St. George’s. From here you can get connecting flights to the USA, Toronto and London as well as to other Caribbean islands. There is also a fast ferry service between St. George’s and Hillsborough on the island of Carriacou, famous for its white sand beaches, natural harbours and coral reefs and home of the annual Carriacou Regatta Festival.

The Citizenship by Investment Programme came into being in August 2013. Subject to strict due diligence procedures, applicants may choose between these two types of investments to obtain citizenship or permanent residence:

1.  A payment into the National Transformation Fund; or

2.  A payment towards an approved real estate project in Grenada.

Individuals who obtain citizenship through Grenada’s Citizenship by Investment Programme are entitled to the same rights as any other Grenadian citizen. These include the right to live and work in Grenada at all times, and all the rights associated with membership of the Caribbean Community (CARICOM). There is no requirement to reside in Grenada before or after citizenship is granted.

The application process is confidential, with no disclosure or exchange of information with other governments or bodies, except when due diligence checks are carried out as part of the application process by an authorised due diligence agency. Grenada allows individuals to hold dual citizenship, and citizenship may be extended to family members. Following changes announced in March 2019, dependent children are defined as up to the age of 30 (previously 26), and dependent parents or grandparents aged 55+ are also included. Children and young adults may obtain preferred access, and in some cases grants, to top schools and universities.

Grenada has no foreign income, wealth, gift, inheritance, or capital gains tax. There is no restriction on the repatriation of profits and imported capital. Generous incentive packages exist including corporate tax incentives, full exemption from import duties, tax relief benefits, and export allowance. Grenada’s currency, the East East Caribbean dollar (XCD), is pegged to the US dollar (USD).

Grenadian citizens can travel without visa restrictions to more than 115 countries. These include the UK and the EU, and important business hubs such as Singapore and Hong Kong. Grenada is one of very few nations whose citizens can travel to the People’s Republic of China without first obtaining a visa. Grenadian citizens also have the opportunity to apply for the USA E-2 visa. Grenada is one of the few countries to have an E-2 visa treaty of commerce arrangement with the United States.

The National Transformation Fund (NTF) is a government fund responsible for financing projects that will benefit Grenada’s economy and help its diversification.

Applicants who choose this route must make a one-time contribution to the National Transformation Fund.

It is important to note that applicants may not contribute to the NTF in person, but rather must use the services of an Authorised Local Agent.

One of the options available to applicants seeking to obtain citizenship by investment in Grenada is to invest in a Government-approved project. Currently, these projects encompass real estate developments such as hotels, villas, and resorts. Because of the growth of the tourism industry, there is rising demand for tourist housing facilities. Real estate developments are thus fantastic opportunities for investors looking for high returns.

Applicants opting for the approved project (real estate) route must invest at least USD $350,000. They must keep the real estate for at least three years following the grant of citizenship. The following chart highlights the costs and fees associated with this route.

The CIBC reviews viable projects and recommends them to the Minister who then decides whether or not to approve them. A list of approved projects for citizenship investment can be found on www.cbi.gov.gd and currently includes luxury hotels, resorts and villas.