After 27 years in the investment immigration industry and three years of citizenship by investment excellence awarded by the annual CBI Index, it comes as no surprise that the Commonwealth of Dominica has managed to come out on top for the fourth time. However, the wrath of 2020 has presented its fair amount of challenges for the small Caribbean island. As a nation heavily dependent on its tourism revenue and construction of eco-friendly infrastructure, COVID-19 came as an unplanned metaphorical hurricane. 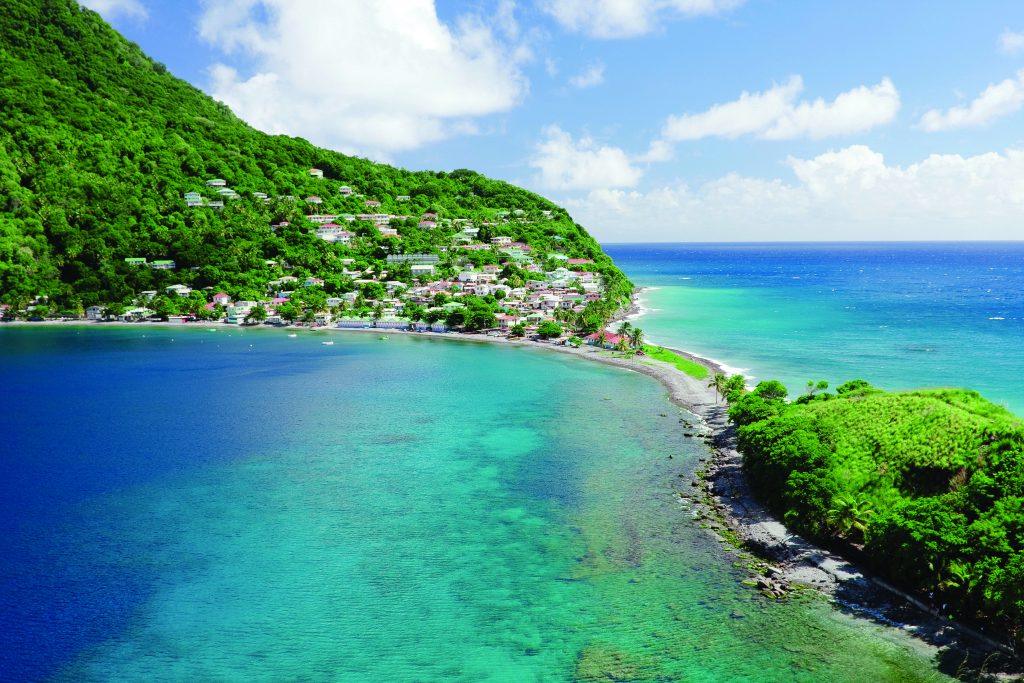 Since Hurricane Maria in 2017, Dominica has been, rightfully so, fixated on climate resilience. Its government and people are seasoned to ‘building back better’ in the most disastrous of situations that mother nature deals their way, and COVID-19 was no different. When borders closed, and economies shut down, Dominicans did not panic. Instead, they shifted their resilience mindset to stay afloat during the pandemic.

Numbers recently shared by the Prime Minister of Dominica embody just that. Tackling questions in Parliament this week, the Honourable Roosevelt Skerrit disclosed data regarding the country’s Citizenship by Investment Programme which covered the three most recent fiscal years. During the 2017-20 fiscal years, nearly 6,000 citizenships applications were approved. According to the PM, the Programme has witnessed an 8% increase in revenue from the fiscal year of 2017-18 to 2018-19 and a 13.4% increase in 2019-20.

So, how did Dominica’s government and Citizenship by Investment Unit manage an increase in CBI revenue and keep its top spot on the Financial Times’ Professional Wealth Management Magazine’s CBI Index? Let’s break it down.

Soon after the pandemic touched Caribbean shores, the Dominica CBIU announced in March that it would continue to process applications for citizenship by investment even in the face of the Coronavirus by using its online portal. It made sure that staff was working in restricted premises, postponed physical submission of required forms to be “required at a later date”, and relaxed the rules on document expiry.

Dominica had had to process applications remotely in the past – most notably, in the aftermath of Hurricane Maria, which destroyed much of the nation’s infrastructure. Citizenship by investment processing, however, remained efficient.

The Prime Ministers and the CBI Unit also held multiple webinars and virtual events to continue to promote the Programmes to international investors. They featured on Khaleej Times, Uglobal’s Virtual Expo, Gulf News, IREX’s virtual conference, and with agents like CS Global Partners, lending confidence to its partners and investors.

Focusing on Families and Reunification

In a year where travel became even more challenging than before for those who carried less powerful passports, Dominica took it upon itself to offer families a Plan B. On June 24, the Government of Dominica expanded the definition of ‘dependant’ under its CBI Programme. The changes now allow main applicant to include a child aged 18 to 30 who is not attending a higher learning institution or living with them. Under the new rules, demonstrating that the main applicant or their spouse supports the child is sufficient. Similarly, parents and grandparents of the main applicant or their spouse no longer need to show they live with the main applicant. Their support is enough to qualify the parent or grandparent as an eligible dependant.

Significantly, the government introduced a new ‘sibling’ category. Biological or legally adopted siblings related either to the main applicant or their spouse, who are 18 or older, single, and childless can qualify for citizenship.

Lastly, the government now also allows children born – and spouses married – after the main applicant receives citizenship to become citizens of Dominica. These provisions are valid for main applicants and dependants alike.

In a recent webinar with Times of India, the Prime Minister said “[We allow] citizens of other countries the opportunity to be a citizen of our country, providing families with a greater sense of security to ensure that opportunities for their children are better,” said the PM. “[We give] families an added opportunity to explore their dreams and aspirations,” he added.

Often seen merely as a background check, efficient due diligence in the realm of CBI is paramount. This rigorous process of evaluating an applicant’s legitimacy to acquire citizenship from a country is the cornerstone of Dominica’s CBI Programme. This year, the island also tightened its due diligence and barred some nationals from applying. Dominica has had a reputation for being the most open and straightforward Programme amongst its peers. But in a bold and savvy move, Dominica’s CBI Unit set out stricter requirements for its authorised agents, which took effect in February.

Now, all agents must submit a WorldCheck/pre-screen due diligence of their applicant(s) from a reputable due diligence company in both electronic and hard copy. Applicants who have been denied a visa from jurisdictions with which Dominica has a visa waiver agreement (such as the Schengen region and the United Kingdom) should refrain from applying to the program. The CBI Unit now only accepts clients of Iranian, Sudanese, or North Korean nationality if they have resided outside that jurisdiction for over ten years, have no substantial assets in that jurisdiction, and have not performed any business or similar activity in the stated jurisdictions. Authorised agents are also required to provide the proof of receipt of funds of the full investment and remitter details to match the applicant.

In light of Dominica’s robust healthcare system and ability to act quickly to the pandemic, construction on CBI projects continued with health screens of workers and protective equipment. Due to this, more families in 2020 received keys to their new homes as part of the nation’s ‘Housing Revolution’ initiative. In alignment with the PM’s promise to become the world’s first climate-resilient nation, Dominica’s CBI Programme aims to build thousands of hurricane-resistant and affordable homes for middle-income households. All housing units are made to the highest of standards and can withstand natural disasters.

Similar to the homes, progress on the nation’s first international airport has also been continuous. Around 411 acres have now been acquired with rapid progress being made. This includes making several payments to landowners, finalising designs and technical studies. The government has been earmarking $5 million every month from its CBI Programme for the last few years to fund the project. Once completed, the international airport will improve air access in the country.

CBI has been a tremendous aid in developing Dominica’s health sector. According to a 2019 report curated by the conglomerate firm PricewaterhouseCoopers (PwC), Dominica’s CBI Programme has helped develop several projects in the country’s healthcare sector. PwC highlights major repairs of three healthcare centres and six hospitals following the hurricane. The Programme also sponsored 16 children to receive necessary medical treatment abroad between 2017 and 2018.

In the 2020-2021 budget address presented on July 28, the Prime Minister revealed the latest updates on a new health facility. The construction of Dominica’s Marigot Hospital will be completed in April 2021, occupying 55,800 square feet. With a 75-bed capacity, the state-of-the-art hospital will feature an operation theatre, in-patient wards, X-ray services, A&E facilities, ICU, lab services, a dialysis unit, and staff quarters, among other services.

The Marigot Hospital “is progressing at a quick pace”, said the PM. “It is in this context of new opportunities in the health sector, that the importance of training and upskilling young Dominicans become more apparent, both for their upward social mobility and as a national development strategy,” he added.

For a country reliant on tourism proceeds, closing the borders was not an easy choice to make. However, after ensuring all health precautions were in place, Dominica reopened for visitors in August. It also recently launched its ‘Safe in Nature’ concept, which focuses on encouraging travel from the country’s source markets, including the USA, the UK, Germany, and France, who are currently within the high-risk category of travellers. In doing so, Dominica invites visitors to feel safe isolating in its lush mountains and sandy coastlines.

This managed experience includes transportation services to and from the ports of entry and stay at a certified accommodation like CBI funded eco-resorts where distancing is possible, explained Samantha Letang, the Marketing Executive of the Discover Dominica Authority.

With all this in mind, it is no wonder that Dominica continues to be an investor and industry favourite.