At the end of March 2019, the Government presented a Statement of Changes to the Immigration Rules (House of Commons paper 1919) which, inter alia, introduced two new routes of entry to the UK for foreign nationals wishing to establish new businesses in the UK: Start-Up and Innovator.

Introduced under a new Appendix W to the Immigration Rules (and therefore outside the Points Based System) the new schemes are, on the face of it, a welcome addition to the UK immigration framework as they present an opportunity for young and/or innovative business people to develop their entrepreneurial ideas in the UK with a view to obtaining permanent residence here in due course.

The schemes are designed to be more flexible and open than the Tier 1 Entrepreneur and Graduate Entrepreneur routes, which were suddenly closed for new applicants (without external consultation) in March. For example, there is no absolute requirement to have at least £200k to invest in a new business and create employment for settled workers.

Scratching the surface however, there are significant problems with the launch of the schemes which, in effect, are making it much harder for businesspeople to come to the UK to set up their companies – at least during the first few months following the launch.

A Summary of the Schemes

Start-Up is a category for people wishing to establish a business in the UK for the first time. Applicants must have an innovative, viable and scalable business idea which is supported by an endorsing body. Successful applicants may obtain leave to remain for two years, during which time they can set up their business. This route does not lead to settlement (permanent residence), but applicants may progress into the Innovator category if they are successful.

Innovator is a category for more experienced business people seeking to establish a business in the UK. Again, applicants must have an innovative, viable and scalable business idea which is supported by an endorsing body. With some exceptions, applicants must also have funding to invest in their business. This route may lead to settlement assuming the relevant success criteria have been met.

Under the rules, the decision maker (entry-clearance officer or Home Office official) must be satisfied that all of the following requirements are met:

Internal Home Office guidance to caseworkers instructs that they will not normally need to carry out a credibility assessment for applicants as the endorsing body will already have done this. Exceptions to this may include when the Home Office has information that might not have been available to the endorsing body.

The most notable, and controversial, feature of the new schemes is the requirement that applicants receive an endorsement from a qualifying endorsing body.

The requirements to become an endorsing body are set out in detail in the Immigration Rules and supplemental guidance but, in summary, the body can either be:

If the organisation is deemed able to competently assess applicants’ business ventures against the Government’s published criteria it may issue the endorsement in the form of a letter to be submitted by the applicant in support of the visa or leave to remain request.

The assessment powers of the endorsing body are central to the scheme. There are three essential elements for a Start-Up application:

The endorsing body must be satisfied that the applicant has a genuine, original business plan that meets new or existing market needs and/ or creates a competitive advantage.

The applicant must have, or be actively developing, the necessary skills, knowledge, experience and market awareness to successfully run the business.

There should be evidence of structured planning and of potential for job creation and growth into national markets.

Furthermore, the endorsing body must be reasonably satisfied that the applicant will spend the majority of their working time in the UK on developing business ventures.

The endorsement criteria for an Innovator are the same except the applicant must have (rather than be actively developing) the skills and experience required under the Viability heading. In addition an Innovator must intend to spend their entire working time on developing their business venture(s) whereas a Start-Up applicant must intend to spend the majority of their working time on these activities.

Innovators must also have at least £50,000 available to invest in their new business. This may be held in the innovators’ own name or, in some circumstances, be made available from a third party. The Home Office internal guidance for caseworkers sets out the prescribed documentation necessary to establish the availability and source of such finds.

In some cases the funds may have been invested in a business prior to applying under the scheme.

A successful applicant under the Start-Up scheme will be granted a period of leave to enter or remain of two years non-extendable. Subject to the successful operation of the business, a Start-Up migrant may then switch into the Innovator category to carry on with their entrepreneurial activity.

Innovators can be granted a period of leave to enter or remain of three years, subject to the checkpoints at 6, 12 and 24 months with the endorsing body.

Innovators may apply for Indefinite Leave to Remain (Settlement) after three years in the UK as an Innovator if they are endorsed by the endorsing body as having met at least two of the following criteria:

If the business venture has more than one Innovator applying for settlement, they cannot share the same means of meeting the criteria. For example, if two applicants are both relying on the requirement to have created 10 jobs, 20 jobs must have been created in total.

On the face of, it there are elements of the new schemes that are to be welcomed. These include the lowering of the financial threshold for entrepreneurs from £200K to £50K and the diverse and flexible ways in which settlement can be obtained after three years, rather than the previous five for Tier 1 Entrepreneurs.

Furthermore, opening up the Start-Up route beyond the previous framework for Graduate Entrepreneurs should enable more young, dynamic and entrepreneurial individuals to come to the UK to establish their careers and invest in the UK economy over the long term. In a post-Brexit environment the UK will need an injection of skills and entrepreneurial ability from around the globe.

There is however room for skepticism in respect of the role of the endorsing bodies who will have so much control over eligibility under the schemes. The Government has published a list of bodies which have been approved to provide endorsements to applicants. However, very few of these bodies have yet opened up endorsement schemes. It is difficult to find reference to the schemes on any of their websites and it is impossible to identify the specific criteria applicable to any given scheme.

TechCity, for example, has said that it will start considering applications in September 2019. Many others are equally dilatory in their approach. However the Tier 1 Entrepreneur route has now closed to new applicants. The consequence is that, at present, the new schemes are barely operating – potentially closing the UK’s doors to the many innovative individuals who wish to come here but who cannot establish a legal route of entry.

Many of the endorsing bodies are in the tech sector, which is of course unsurprising for innovators in the traditional sense. However, what about the many other business sectors that will be crying out for talent in a new independent Britain? It remains to be seen whether applicants from traditional sectors such as professional services, manufacturing and consulting will be able to benefit from these schemes. Does the UK really want to limit the potential incoming talent pool in this way?

Finally, legitimate questions arise regarding the potential for conflicts of interest between the role of an endorsing body as an independent arbiter of good business plans and the commercial relationship they may have with applicants. For example, there is nothing to stop endorsing bodies from investing in the businesses they have approved under the schemes.

Whilst the headline, opening the UK’s doors to the “brightest and the best” young innovative talent may at first blush be encouraging, there is no evidence yet that the schemes will deliver on the overarching message.

For further information on the new Innovator and Start-Up visa, contact: 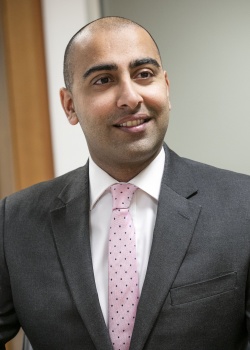 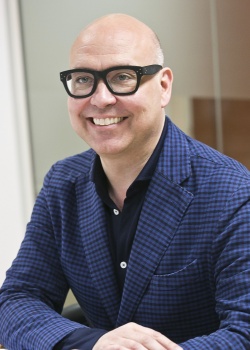