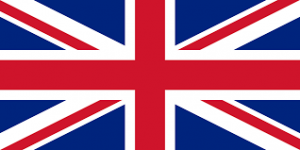 The United Kingdom, more commonly referred to simply as the UK, is a sovereign country in the northwest of Europe, separated from the European mainland by the North Sea to the east and the English Channel to the south. To the west lies the Irish Sea and the island of Ireland, which incorporates Northern Ireland and the Republic of Ireland, and the Atlantic Ocean.

The UK was the world’s first industrialised country and, with a strong naval history dating back to the 16th century, became a world leader as the British Empire spread to become the largest empire in history during the 19th and early 20th centuries. Many of its former colonies gained independence during the latter part of last century, but remain members of the Commonwealth of Nations, a political association with 53 member states, the majority of which are former British territories.

The UK is a founder member of the United Nations and a permanent member of its Security Council since 1946. It has also been a member of the EU/EEC since 1973 but is currently embroiled in heated negotiations to leave the EU on or shortly after 29 March 2019 following a referendum held in June 2016.

The UK is actually a union of four countries – England, Scotland, Wales and Northern Ireland. Great Britain is the name of the largest island in the UK (and also Europe) with an area of 229,848 km² of which roughly 57% is England, 34% Scotland and 9% Wales. Much of the island south of the Caledonian highlands formed the Roman province of Britannia from 43 to 410 AD; Britannia is also the name of the goddess who personified the province and has featured regularly on British coinage.

The United Kingdom of Great Britain and Ireland was officially enacted on 1 January 1801. Prior to that, Wales had been a principality since its conquest by King Edward I in 1282 and was incorporated into the Kingdom of England by Henry VIII in 1535. Following the death of the childless Queen Elizabeth I on 24 March 1603, the English throne passed to King James VI of Scotland who became King James I of both England and Ireland in a union of crowns, although each country retained its separate entity. A series of intertwined conflicts in all three states led to the temporary overthrow of the monarchy and the creation of the Commonwealth of England, Scotland and Ireland from 1649 until 1660, when the monarchy was restored.

On 1 May 1707, the Kingdom of Great Britain officially came into being as the parliaments of both England and Scotland passed acts of union to ratify the Treaty of Union. The term ‘United Kingdom’ came into use after the British and Irish parliaments passed their acts of union in 1800. However, subsequent events in Ireland led to the partition of Ireland in 1921 and the ratification of the Constitution of the Irish Free State on 5 December 1922, while the six historical counties of Northern Ireland remained part of the United Kingdom.

The UK’s capital is London, which has a population of around 8.9 million and is one of the main financial centres and cultural capitals of the world. It is also home to the UK parliament which is based in the Palace of Westminster and has two houses: the House of Commons, which has 650 members elected by popular vote, and an appointed House of Lords.

Of the 650 UK parliamentary constituencies, 519 are in England (of which 14 are in Greater London), 73 are in Scotland, 40 in Wales and 18 in Northern Ireland. In addition, Scotland, Wales and Northern Ireland have their own devolved governments in Edinburgh, Cardiff and Belfast respectively, each with their own education and healthcare administrations and other varying powers. The head of state is Queen Elizabeth II who is the longest-serving English monarch and current head of state, having reigned since 6 February 1952.

Today, the UK has the fifth largest economy behind the US, China, Japan and Germany; but whilst the economy grew by 1.4% in 2018, the rate of real GDP growth has declined every year since 2014 and the economy is forecast to be overtaken by India within the next year, especially in the light of the uncertainties over ‘Brexit’. Much of the economy is driven by services – in 2017 they accounted for 79% of GDP, with production accounting for 14%, construction 6% and agriculture less than 1%.

The UK has a rich cultural and historic heritage, from Stonehenge and Hadrian’s Wall to St. Paul’s Cathedral and the Tower of London. Being a primarily liberal democracy, creative arts and fashions have flourished and contributed enormously to global music, literature, visual art and cinema. In 2008, Liverpool – home of the Beatles who were the most influential and successful popular music band of the 20th century – was named European Capital of Culture, while Glasgow was only the third city to be awarded the title of UNESCO City of Music, with Liverpool receiving the same accolade in 2014. England is also home to two of the world’s five oldest surviving universities – the Universities of Oxford (from 1096) and Cambridge (founded 1209).

Travel and tourism contributes nearly 11% to the UK’s economy, with a direct contribution of 3.5% of GDP in 2017. The number of international inbound tourists to the UK increased every year from 29.803 million in 2010 to a record 39.214 million in 2017, generating £24.5 billion in expenditure and establishing the UK as the sixth highest tourist market in the world in 2017. The UK is a major hub for air travel with direct connections to well over 100 countries. 76% of inbound visitors travelled by air, with 13% entering the UK by ferry and 11% via the Channel Tunnel, which at 37.9 kilometres (23.5 miles), is the longest underwater tunnel in the world and opened in 1994, connecting Folkestone in southeast England with Calais in northern France.

The USA is the top inbound market, accounting for 10% of visitors and 15% of revenue in 2017, followed by France and Germany. However, contrary to earlier positive forecasts by VisitBritain, the first 10 months of 2018 have seen a 4% drop year-on-year, with visitor numbers from Europe down by 5% and expenditure down by 8%. The UK government has confirmed that, whatever the outcome of Brexit, EU nationals will continue to be able to enter the UK without a visa.